Design a site like this with WordPress.com
Get started
Humanity, Opinion

Ethnicities by the Numbers

Humans ought not to have their ethnic identities be tied to the countries that exist today. Human history stretches thousands of years, much before any of the established nations even existed, and due to this, deeming one’s culture and assumed history to the country they live in is misleading. Believing this will have you imagine that Native Americans born in the US are responsible for the genocide of native peoples.

If we continue to claim ourselves by nations and ethnicities, then it must be done properly. The current systems leaves many people without identities such as those of Mixed Ethnicities, Native Peoples, Ethnic Minorities, and Oceanic Travelers. Thus the way to fix this is to attached ethnicity to history, not country.

Let’s begin by explaining what the numbers are for. Every 30,000 years a number will be added and the location of the family direction of movement from the prior will be recorded in the first three digits, then every 2,000 years a number would be added for the direction, then for the next digits numbers are added every 500 years. When two families from different regions unite then the numbers that do not match becomes incompatible and a dash(-) is put in its place. However, under the same circumstances if the family does deem that its origin is from the location of one family then they have a (#) this only applies if someone in the family had a dash(-).

1: Is put in front of every series of numbers to indicate that they are Human.

0: Remained in their location.

5: Becomes the second digit if the population crossed the exposed land bridge connecting North America to the rest of the Old World.

*If Both of his parents are Ethnically Chinese then he will also be 13331000 because all the numbers continued.

*If One is not Ethnically Chinese ie a Cambodian person then one of the family members is 13330000, their (1) is missing, therefore the Child’s identity is 1333- (General East Asian).

*If both of his parents are Ethnically English then he will also be 11441000 because all numbers continued.

*If One is not Ethnically English ie a individual from Ukraine then one of his family members is 11400000, the second (4) is missing, therefore the Child’s identity is 114- (General European). 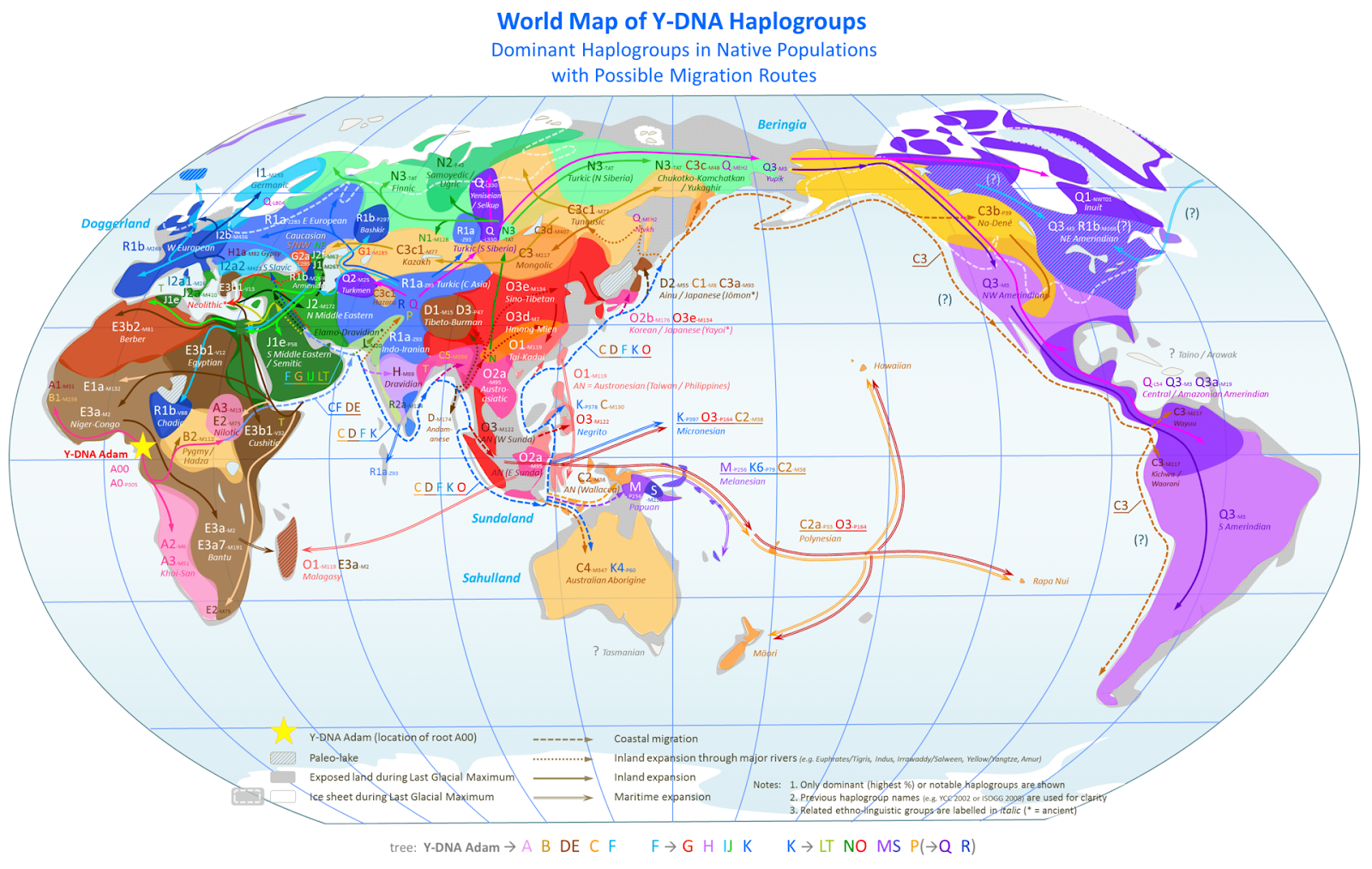 Now let’s take one parent from the Chinese Example and One from the English example we have a parent of 13331000 (Chinese) and 11441000 (English) their numbers no longer match at the second digit, therefore the Child becomes a 1- or as modern day civilizations like to call us, mixed people.

Continent’s locations by the Numbers

In Terms of Cultures, one can just say 13331000 (American)  which just means they are an American born Chinese. The Numbers discontinue at the beginning of Globalization, this is roughly about 2,000 years ago. Therefore a (Using Modern Day language) Chinese person born in the United States doesn’t become 13332000003, he just remains 13332000. Just with the modern Country name to the back to indicate Culture.

Only time 1 wouldn’t be used is if the Animal was not Human ie Dogs. Which could also be put through this process (Domesticated Dogs):